Home Cats Take Paws & think about about what happened to the pets at... 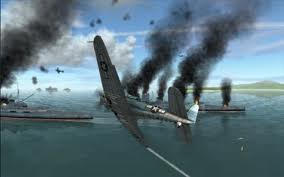 Today marks the 71st anniversary of the Japanese attack on Pearl Harbor, an attack that promoted the United States to become involved in World War II. Paws take a few moments to wonder what happened to all the cats during the attack. 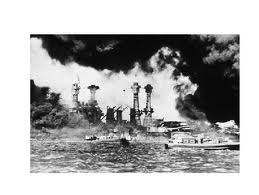 They probably went unnoticed in the horror of the morning. They probably suffered along with their humans. Many probably got lost in the aftermath, and could not be re-united with their owners that perished in the attack.

We wonder what happens to the cats when tragedy strikes. During Hurricane Katrina and the Thai Tsunami, the fate of pets during natural disasters started to take root.. During the aftermath of 9-11, people were forced to be apart from their pets. Gwen Cooper so eloquently captures this in her book, Homer’s Odyssey.

Prior to the year 2000, little attention was given to the pets that either perished or were left homeless by natural or man-made disasters. Little is known about the fate of pets during war. It’s something that should make us paws for reflection.

Concerns over the pets should be ingrained into our souls. Unfortunately for many this is far from the case, as we read endless accounts of animal cruelty and neglect. Our bond with our animals does not discount the horrors faced by mankind during these mega events. It only makes us ponder and wonder.

memory of the 71st anniversary of the Japanese attack that killed thousands of people and launched the United States into World War II. The Navy and National Park Service are hosting the ceremonies, which are being held in remembrance of the 2,390 service members and 49 civilians killed in the attack. A moment of silence at 7:55 a.m. commemorated the exact time the bombing began in 1941.

Ceremonies included the crew of a Navy guided-missile destroyer stood on deck while the ship passed the USS Arizona, a battleship that still lies in the harbor where it sank decades ago. The seriousness and magnitude of that loss can still be felt when visiting the USS Arizona memorial in the harbor. It’s a place that makes us paws for reflection.

Hawaii Air National Guard aircraft flew overhead in missing man formation. Paws hopes the many pets that perished were looking on from beyond the Rainbow Bridge. .

What are your thoughts on the pets that have perished during war and other disasters? How do you feel about the elevated attention they have received during the past decade? Do you think the recognition of the human-animal bond has given rise to this recognition? Please share your thoughts.