Home Cats Cats don’t like change, no matter how small they may be
Advertisement 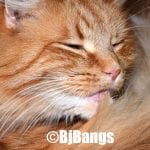 Cats don’t like change, no matter how small. So when mummy started a new job this past Monday, we kitties were a bit perturbed about her early morning arising.

It was still dark, and she was making coffee. It’s usually glimmering daylight when she does this? She seems a bit nervous, and we can sense it. That makes us felines a bit skittish? We ask ourselves, what’s different.

In being a bit skittish, we also get into a bit of trouble. My Siamese brother, Linus, always snuggles in mom’s lap when she’s drinking her coffee. Only this time, it was a bit hotter than usual and splashed onto her face. She wasn’t too happy. What make this morning different from others. We didn’t know.

Mum had given us our morning breakfast, a can of kitty food split 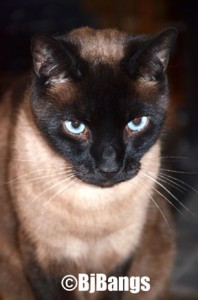 between the five of us. One of the bowls got too close to the edge of the counter and went smashing to the floor.
Mum, again wasn’t so happy, but she just asked Brother Lenny what happened, and why did he have to do this?

We all could sense mummy was a bit nervous. It seemed like she had been a bit uptight for the past few days. We weren’t really sure why. But we could sense something just wasn’t quite the same. We could hear mummy muttering about a new job and leaving the old, but we couldn’t really understand what that all meant.

As the sun finally came up, Brother Clyde got sick right next to her printer in the living room. And wow, was that one big mess. Mummy quickly cleaned that up, as she scurried around to quickly get out the door. Thank goodness, she left us some cat treats as she always does before she leaves.

Then things settled down. When she came home, she seemed tired, but not as nervous, and we all settled into place. The next day, we became a bit more used to her schedule, and were pretty much back to normal.

She recounted a story of Smokey Blue, her Blue Russian. Her pink collar and Linus knew her, but she passed on before Paws and Lenny came to live with us. One day mom moved the living room furniture around. The recliner that Smokey hung out on was moved to another side of the living room. As an older kitty, the other kitties were picking on her, and the recliner was her refuge. This particular morning, she ran but the recliner wasn’t there. There was another chair, something called a Canadian rocker. It didn’t have that cushy back she was used to calling her refuge. Mom says Smokey was terrified. Even though she eventually got used to the re-arranged furniture, she never felt totally secure with the new locations. It just wasn’t the same.

Because cats don’t like change – even the smallest change – pays attention to their reactions, and be patient and understanding. Usually they will come around and adapt, but it may take a lot longer than you’d think. Cats are smarter than what we think, and they remember a whole heck of a lot more than we think.

Have you ever had any experiences with your cats adversely reacting to change? Do you suppose it’s the whole territorial instinct that makes cats dislike change so much? Or do you think it has something to do with their markings of familiar territories through smell. Please share your thoughts and stories.