Home Cat News From Lincoln to Reagan and Clinton, cats have lived with their... 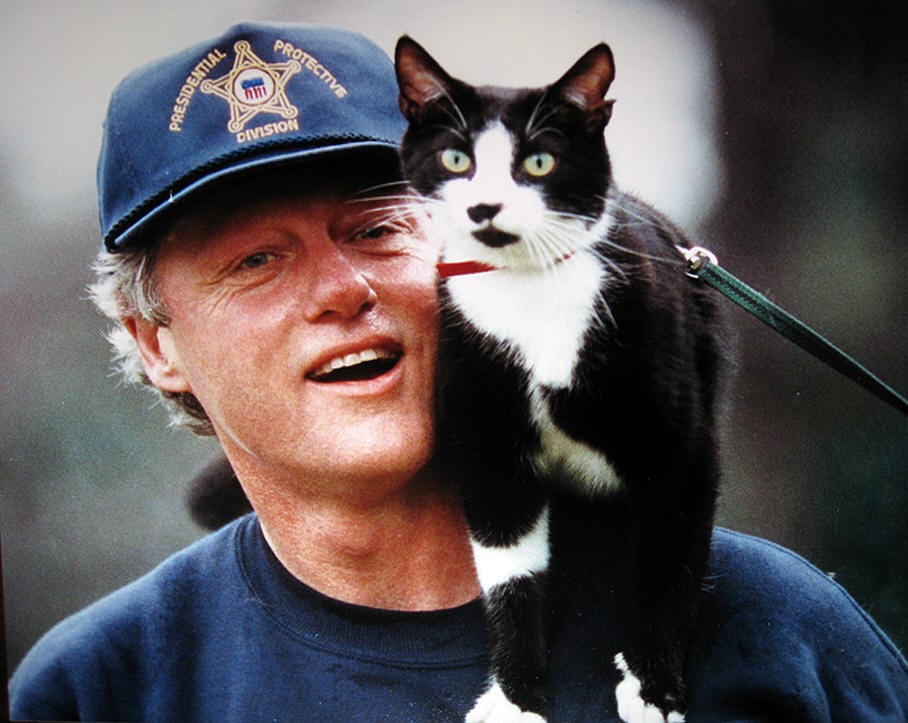 Eleven cats have inhabited 1600 Pennsylvania Avenue with their President humans. President Lincoln was the first to have a cat.

According to the website, http://www.nps.gov/abli/planyourvisit/lincoln-pets.htm, “Abraham Lincoln loved cats and could play with them for hours. When asked if her husband had a hobby, Mary Todd Lincoln 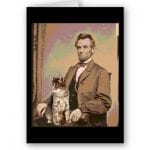 replied, “cats.” President Lincoln visited General Grant at City Point, Virginia in March of 1865. The civil war was drawing to a close and the enormous task of reuniting the country lay ahead, yet the President made time to care for three orphaned kittens. Abraham Lincoln noticed three stray kittens in the telegraph hut. Picking them up and placing them in his lap, he asked about their mother. When the President learned that the kittens’ mother was dead, he made sure the kittens would be fed and a good home found for them.”

Since today is President’s Day, Paws, with many more followers this year, decided to post this article once again. Thanks CATalyst Council for all the great work you do, and giving Paws for Reflection permission to repost this great article. Paws re-posted this article in 2012 from CATalyst Council’s “Spokescat,” CAT Stanley, Salutes the Felines who have Inhabited 1600 Pennsylvania Ave. I liked this article so much that I requested to re-post it. The original version is posted on the Catalyst Council’s website.

“Cats that have inhabited the White House over the years, but following President Lincoln, only 11 other presidents have had cats abode with them at 1600 Pennsylvania Avenue.

CATalyst Council’s “Spokescat,” CAT Stanley, Salutes the Felines who have Inhabited 1600 Pennsylvania Ave. I liked this article so much that I requested to re-post it. The original version is posted on the Catalyst Council’s website in 2012.

With many more followers in 2013, Paws decided to repost this entertaining article.
(THE COMFY SOFA, My House, Annapolis, Maryland) February 20, 2012—The only thing that surprises me about the cats that have inhabited the White House over the years is how few presidents have had them! President Lincoln was the first to have a cat live with him while in office and he was our 16th president. After him, only 11 other presidents have had cats choose them.

I suppose all the hustle and bustle around 1600 Pennsylvania Ave. may be too much for some cats, but personally I would love all of the attention and different people, not to mention the fame. In celebration of President’s Day, I have put together a brief history of the cats that have graced the White House with their presence.

As I previously mentioned, Abraham Lincoln was the first president to have a cat (“Tabby”) live with him at the White House. It is important to note that Lincoln was an avid cat lover; he frequently de-stressed by playing with kittens. When asked if her husband had any hobbies, Mary Todd Lincoln was reported to have offered the following one-word reply: “Cats.”

The first Siamese cat (“Siam”) to be brought into the country was chaperoned by President Rutherford Hayes, our 19th president, and was a gift. The first cat to receive an obituary notice from the press was President John F. Kennedy’s beloved Tom Kitten. Other presidents that have had cats reside with them at the White House are Theodore Roosevelt (“Tom Quartz” and “Slippers”), Calvin Coolidge (“Tiger”), Gerald Ford (“Shan”), Jimmy Carter (“Misty Malarky Ying Yang”), Ronald Reagan (“Cleo” and “Sara”), Bill Clinton (“Socks”) and George W. Bush (“India”).

With cats being America’s number one companion (owned cats do outnumber owned dogs in this country), I believe that all presidents should take a page from President Lincoln and adopt at least one cat. I can imagine that being one of the most powerful people in the world has stressful, blood pressure-raising moments. Cats are known for their power to soothe jangled nerves and lower blood pressure, and would thus be an asset to any president’s inner circle of advisors.

What do you think about cats living in the White House. Do you think cats would be better advisers to their human presidents than dogs? Please share your thoughts.