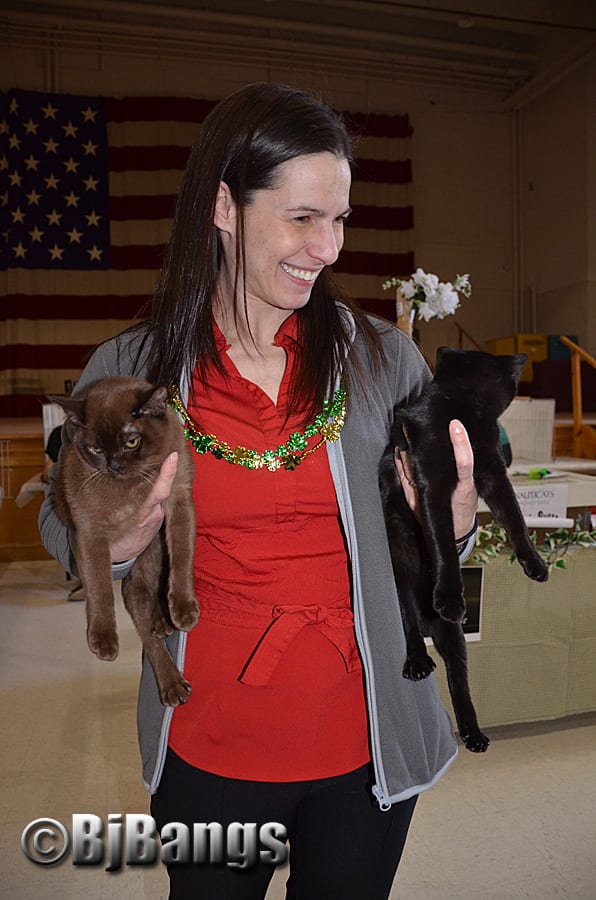 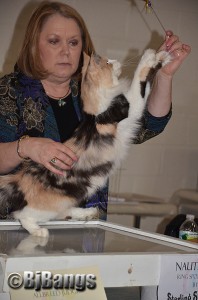 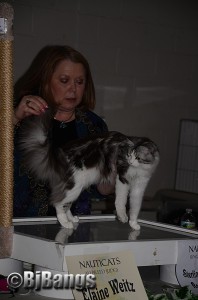 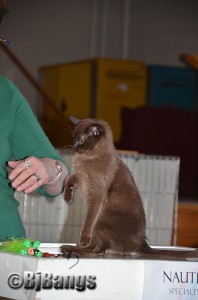 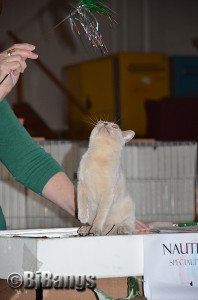 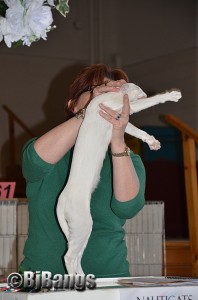 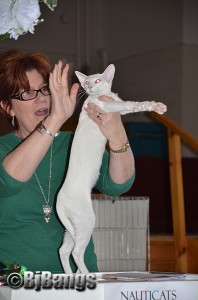 Cat shows are both entertaining and educational. Every year TICA (The International Cat Association) sponsors the NauTICAts Cat Show, the largest cat show in the state.

Maine Coon cats, Norwegian Forest Cats, Orientals, Sphinx, Bengals, including a marble Bengal, and even a Savannah participated in the recent TICA (The International Cat Association)  Cat Show at the Augusta, Maine Armory.

There were cats, judges and people galore at the state’s largest cat show. It proved both entertaining, educational, and a great photo opportunity.

What makes TICA a bit different from other organizations is that it has thousands of members and hundreds of clubs around the world in Latin America, North America, Asia, and Europe that host cat shows all year. The one in Maine is hosted by NauTICAts.org.

In addition to hosting shows throughout the world, TICA is a  genetic registry, which according to their website allows new cat breeds like the Savannah, the world’s favorite breed of cat the Bengal, and the Thai cat. Fifty five breeds of cats from the Russian Blue to LaPerm, Sphynx to Norwegian Forest Cat compete for titles and regional and international awards. Since 1979, close to 20, 000 catteries and over 300, 000 cats and kittens have been registered with TICA.

The International Cat Association also recognizes newly developing breeds or traits which are in the foundation registry and are not yet accepted for championship competition. Those breeds include the Chausie, Highlander, Kurilian Bobtail, Savannah, Sokoke, Thai, Ojos Azules, Serengiti, Minskin and Donskoy.

TICA also was the first cat–and now the world’s largest–registry to allow household cats and household kittens to compete for the same titles at cat shows and awards as pedigreed cats. Paws for Reflection will share one feral kitten that swept up many rewards on tomorrow’s post.

What happens at a cat show? There are three main areas:

When a cat’s number is called for judging, the cat is taken from the benching area to the judge’s ring. Each ring has a different judge. There are specialty rings, with all long-haired or short haired cats being judged.  An all breed ring will have short-hair and longhair cats judged together and against one another. Each ring has a different judge, each with his own distinct personality. Some are more serious; others less so. One judge at the Augusta Show even showed the kitties doing a bit of a dance.

Until one gets used to what’s happening, it can seem a bit overwhelming with all the cats coming and going. Once the judging is complete, their humans retrieve them and take them back to the staging area, awaiting their next competition. It’s not uncommon to see people with two cats in hand scurrying to and from the judging rings.

But the cats don’t seem to mind. Show cats need to have a calm personality. Not all cats have the disposition or patience to be shown. But for those that do, they bring a bit of delight to those attending to check out the beautiful felines.

TICA isn’t just for adult cat fanciers. It includes a junior exhibitor program giving youths, from eight to 17, a chance to learn about becoming cat fanciers. The younger set learns the ropes of competition. Additionally new cattery breeders have an opportunity to learn more through TICA’s mentorship programs.

Their website contains a host of information about various cat breeds, cat coloring and more. The one thing that Paws learned at the Augusta show was the pink numbers were associated with the girls, and the blue with boys. Paws also learned a bit about the breeds, and saw some of the same faces that were at the NauTICAts show last year, including Bush, who Paws featured last year, because the kitty went missing at the Westchester Cat Show in White Plains, NY, some years ago.

Paws will share some of this expanded knowledge of cat breeds in future posts throughout the year. But for now, Paws is pleased to share some photos of the beautiful cats that participated in the 2013 cat show.

Have you ever visited a cat show? Which one is your favorite? Which ones would you recommend that Paws for Reflection include in their future posts? Please share your thoughts. 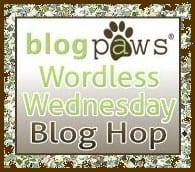