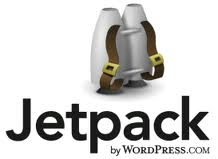 Paws spent five hours this past Friday getting Jetpack up and running on Paws and Reflection. When mummy re-installed the latest version of WordPress.org about a month ago, Jetpack blew out. That meant all her subscribers, and all her stats.

Now any blogger knows that it takes a long time to get subscribers, and the thought of losing them, was catastrophic. She still had her users which seemed to be stored under a different category. (If anyone can explain this to Paws, please comment). The subscribers were about one-third of Paws following.

No matter what she did, it didn’t work. Online research did show some people had problems with Jetpack.

She’d gone to the web hosting site’s online support prior to that, but received a canned message that didn’t make her very happy. She’d been getting some 404 errors when posting. They didn’t seem to have any answers. Everything was great on their part – so they said.

You see, the delay in dealing with this was because she’d just started a new job – a lot to learn – staring at a computer screen ten hours a day – and a night schedule. Time was of a premium, and her head felt like it was crammed full of new information. Her eyes felt like she could set take them out and sit them on a shelf. The last thing she wanted to do was wrestle with the Jetpack problem.

Finally, a light bulb went on and she posted a question in the WordPress.org support forum. Within 24 hours, they replied with an answer, suggested she re-install Jetpack manually. The instructions were detailed, and believe it or not they worked.

The subscribers were back. However, she found that all the Jetpack image files in her widgets had blown up too. After several attempts at making them work, she reverted to the text widgets which are up and running.

Paws still has a few questions about making the back-up work on WordPress.org, html links for video, slide shows, etc., but now that she’s found WordPress.org’s support forum so useful, she’s heading over there right now.

Because of all this, Paws has been a bit remiss at posting on a regular basis for the past month. Now, this is fixed Paws plans to be back on a regular schedule – posting at least twice a week.

Have you had any issues with Jetpack? Have you dealt with WordPress.org’s support forum? Do you find that the technical glitches take away from your blogging time? If so, please comment. Paws would like to share some of your comments in a future blog post.