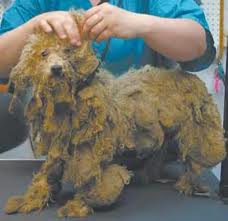 Some very serious anti-animal welfare legislation being aired at a public hearing tomorrow (Tuesday, April 16) at 10 am in Room 214 of the Cross Building at the State House.

It’s important you take share this information with your Maine animal friends. According to an action alert issued by Susan Hall of Spay Maine, “Some very serious anti-animal welfare legislation has come to our attention.  If passed LD 1239 will decimate Maine’s animal welfare laws.   This legislation will make sweeping changes to how we allow animals to be treated in this state and will make Maine a prime location for puppy mills to set up operation.”

Hall explained that a dog breeder has submitted bill LD 1239 to Maine’s legislature.  She said, “The bill is long and convoluted but if you take the time to read it, you will understand the seriousness of it and become as incensed as we are.  The bill can be found via this link:  http://www.mainelegislature.org/legis/bills/display_ps.asp?LD=1239&snum=126

The bill repeals some sections of the current law and redefines others.  In a nutshell, Hall said the bill will:

Even if you cannot attend the public hearing, call, send an email or a letter to members of the Maine Legislature’s Committee on Agriculture, Conservation and Forestry asking them to vote against this bill. There’s still time to have your voice heard, even after the public hearing, but don’t delay. They need to hear how Maine people feel about this very devastating legislation.

Hall said you don’t have to go into any detail if you don’t want to.  All you need to say is that you think this legislation would open up Maine to puppy mills and ask the legislator to vote down the entire bill.  You can send an email to the clerk,  natasha.irving@legislature.maine.gov and ask her to forward your email to the whole committee.

If any of the members of this committee are your representatives, please pick up the phone and call them personally to let them know you expect them to vote against this bill, she said, pointing out, “Remember, they work for you and they do like to hear from their constituents.”  The link to the list of committee members is http://www.maine.gov/legis/house/jt_com/acf.htm. If you click on the name, their contact information will pop up.

For more information about this bill contact Hall at shall1@maine.rr.com or Sharon Secovich, sjsecovich@gmail.com, visit www.spaymaine.org  or find Spay Maine on Facebook.

What do you think about animal protective laws? Do they work? Why would a bill like this even make it out of committee to a public hearing? Please share your thoughts.