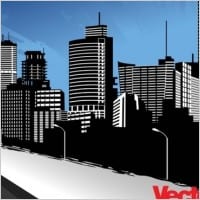 Most of New England and much of the world was riveted to the television, last week, in total disbelief of the bomb(s) detonated at the Boston Marathon.

To anyone that has lived in Massachusetts, or New England, for that matter, the Boston Marathon is an institution. For runners, it’s something to strive for. For those of us that are a bit more sedentary, it’s something to watch, follow, and see in person, at least once in our lives.

Therefore, it should be no surprise to find that Paws’ mummy came home at midnight to tune into CNN for the latest updates, last week. For the past two nights, she has watched the unveiling of the terrorist capture as it was happening. It was almost surreal to be able to watch this in the comfort of her rural New England living room.

What would drive someone to do such a horrific thing? We’re sure the details will unfold as the investigation continues?

Can you imagine if media had the capabilities of today during the 1960’s when President John F. Kennedy was assassinated? Or can you imagine being part of the arrest of those that killed Martin Luther King or Robert Kennedy?

As technology evolves, so does media’s capabilities. If it were not for the internet, Paws for Reflection would not exist. There would be no blogs, nor YouTube, nor Vimeo. There would be no Facebook, Twitter, LinkedInn or Instagram. Life sure would be a lot different.

We certainly would not be able to see the city of Boston and the suburb of Watertown erupt in celebration as their citizens could rest assured the two terrorists who ruined the Boston Marathon for those that died and were injured from the blast, but also all the spectators, volunteers and runners.

While Paws for Reflection mostly writes about cats, Paws could not turn coat and not blog about this. Paws’ kitties were watching the story unfold with their mummy, caught up in the intensity of the situation. We wonder how the pet owners, especially those with free roaming cats, and dogs dealt with the lock-down of the area. Paws’ mom was at Quincy Market the Saturday following 9-11. It was almost eerie with so few people out and about. She can only imagine what it was like on Friday….It certainly made her take pause and reflect.

Paws finds it inspiring that almost the moment the lock-down was lifted, when David Henneberry took his dog out for a walk and spotted the second fugitive, 19-year-old Dzhokhar Tsarnaev, in his boat in his backyard, leading to his arrest. Earlier Friday morning, the fugitive’s brother Tamerlan Tsarnaev, 26, had been killed during a shoot-out with police.