Home Cats Paws begins an end of life journey – not to the blog... 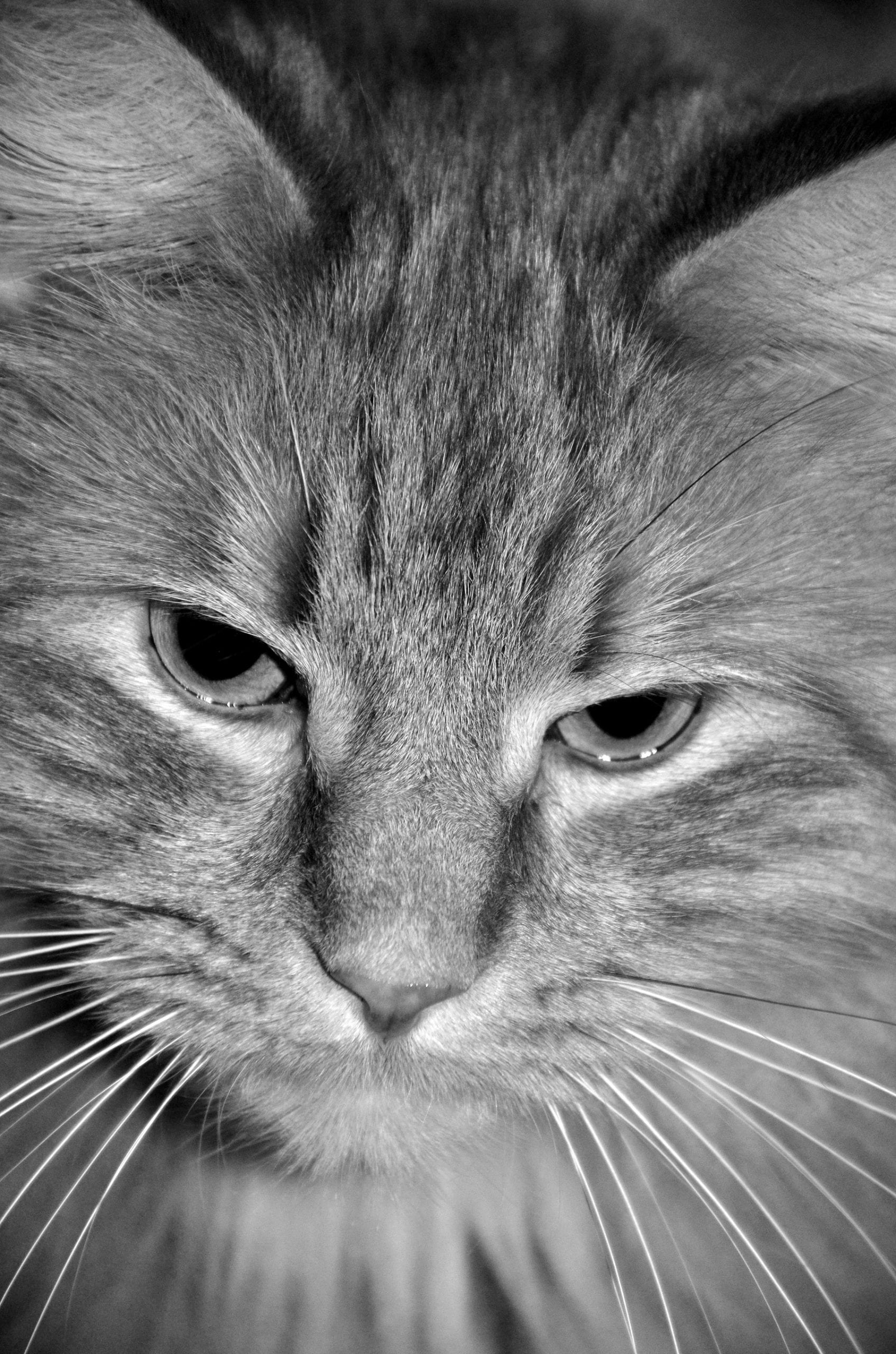 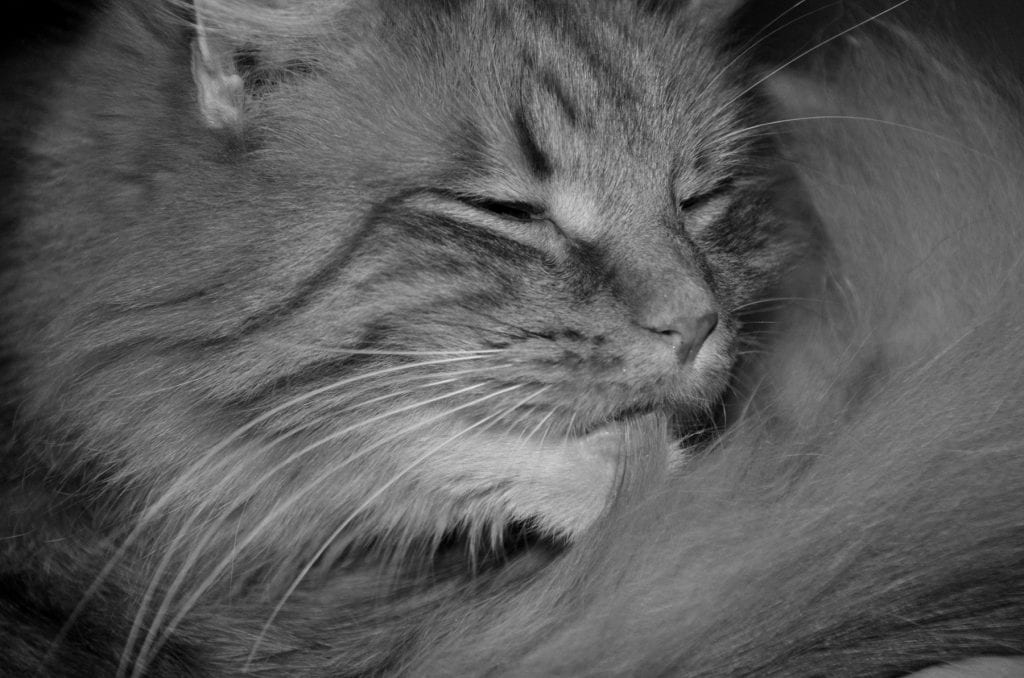 Paws begins an end of life journey – not to the blog – but to his short life. He’s only five, and is a stunning long haired orange tabby Maine coon look-alike.

It’s definitive. Paws life will be cut short. How short, we don’t know. But his prognosis is short, with Feline Hypertrophic Cardiomyopathy, a congenital condition known to affect Maine Coons.

Paws was given a grim diagnosis yesterday with a heart rate of 230 beats per minute. His blood pressure was 175/130. The prognosis is guarded ‘due to the large size of the heart”

The atenolol should slow the heart rate down and allow a better filling of the ventricle. One cardiac aspirin – 81 mg. every three days – will reduce the risk of an aortic thromboembolism. The goal is to reduce his heart rate to 120 to 130 beats per minute.

The story is as follows:

It was a rainy day – one more in what seems to be an endless number of water logged days. There seems to be no end to this rain.

This was just one more rainy day, and the beginning of the day – one that starts with the ritual of feeding the cats their dry food on the counter, and taking a few quiet moments with a cup of coffee to reflect on the day ahead. This time on the soft is usually shared with two cats sharing not just my lap, but my chest as well. They like to snuggle paws out around my neck. How they both manager to sit there is beyond me, but they do. My Siamese and Little Yellow – known to my readers as Paws – take the top spot. Then, my pink collar takes her place beside me, with either Lenny or Clyde hanging out on the back of the sofa. Needless to say, I’m usually surrounded by cats. It’s hard to free up a hand to get that morning jolt of caffeine, but it’s doable. 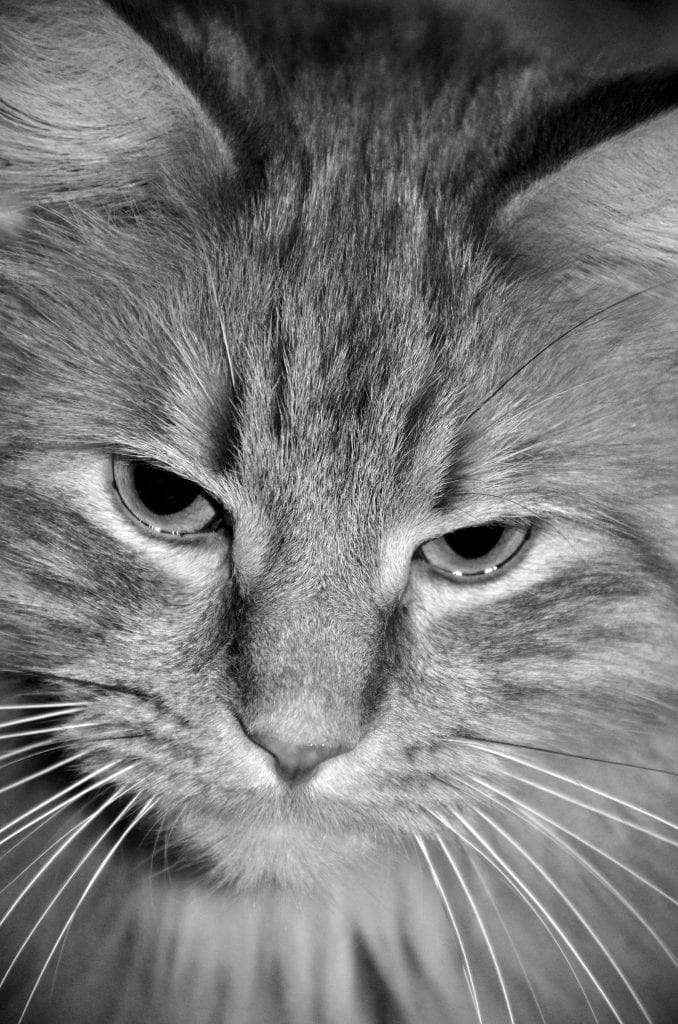 This particular morning was a tad different. Little Yellow was sitting in pristine fashion on the coffee table. His eyes were glistening. He was handsome as ever. Yet, there was something different. He seemed to be wheezing. His mouth was a bit open. He seemed to be hyperventilating. His sides, covered with his orange long beautiful fur, were going in and out at a rapid pace. His breathing was heavy.

I looked at the other cats. They seemed to be breathing at a calm rate. Their chests moved, but only about half that of Little Yellow. There was no doubt he was struggling to breath. I suddenly thought is he having a HEART ATTACK?

I just knew… He was telling me… he was sick and he needed my help. 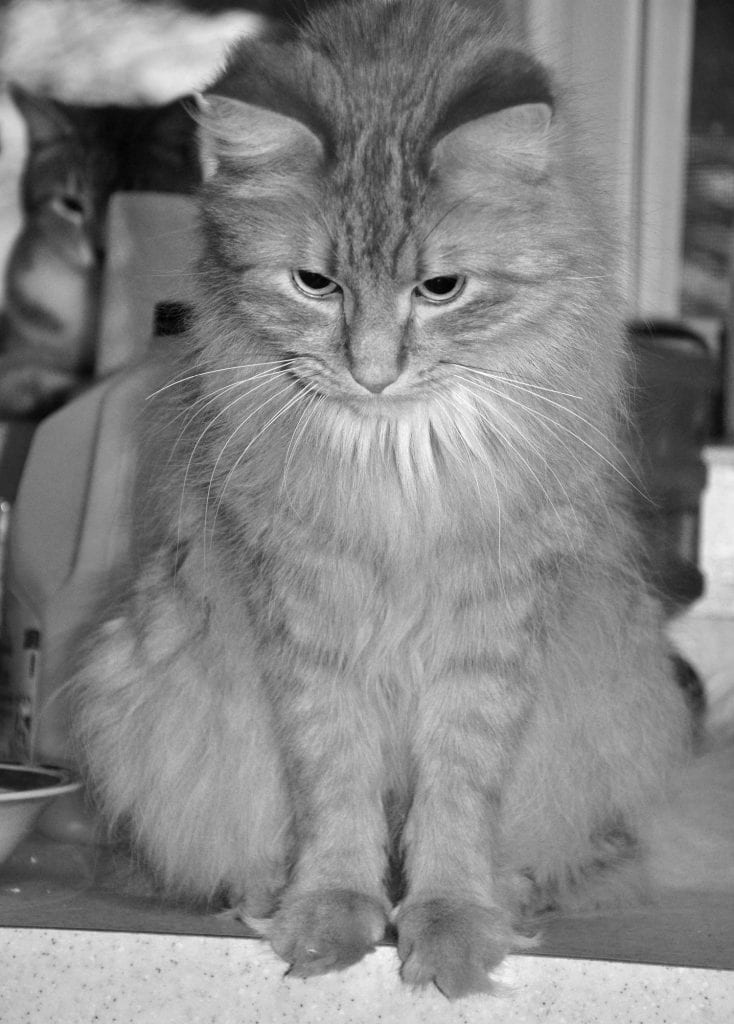 I immediately went in search of the phone and called the vet.

Perhaps it was in January or February when I noticed Little Yellow was having a hard time with hairballs – which was not really unusual because he has such long, thick hair. I’d been giving him a sanitary trim every six months, so his poop didn’t get stuck on his hind legs.
Only with his hairballs, he would lie on the floor and keep hacking and coughing with nothing coming up. The coughing left him lying on the floor and feeling miserable. Once in awhile, a hairball would come up, but not often.

I consulted the vet when picking up some treats for the cats. They pointed out this could be a symptom of worms, and I started de-worming not just Little Yellow, but the other four cats, as well. I picked up some hairball gel, but Little Yellow hated it. He would even take the gel and rub it off on doorways, the sofa, or any other surface that he could find.

Metamucil got top bill on the cat’s wet food in the morning. We went through the de-worming treatment for two months. The other cats didn’t seem to have any symptoms. It was just Little Yellow’s persistent cough that left him almost paralyzed on the floor, trying to get the hairballs up.


This was the story that I took to the vet’s office that Wednesday morning. Little Yellow was seeing Dr. Cathy Morton today. The cats usually saw Dr. David Chaplin at Fall Road Veterinary Clinic.

Yellow seemed happy. He was purring and very content to have my undivided attention trying to use this spare time waiting for the vet to examine him to remove some of that endless shedding fur.

The exam went well; except that Dr. Morton acknowledged Little Yellow’s breathing was a big heavy…She asked if it would be ok to do an x-ray. She’d have a tech come in with the pricing. It was $180. I didn’t even blink an eyelash.

I knew there was something wrong, and the x-ray would tell the story that was looming underneath the surface. I hoped that it was nothing serious.

Before leaving for the vet’s office, I had made arrangements with my sister to meet me there because I knew I’d never make it back home with Little Yellow, and make it into work by 1 pm. It was 20 miles back home, and then another 32 to work. …

We were conversing while we waited for the results from the x-ray. I was still in the examination room where Little Yellow had undergone a basic physical….

Dr. Morton came back… I had heard a few cries from a cat that sound like Little Yellow…during the x-ray session. You get to know what your cat sounds like with time.

She took me to another room to view the x-ray. Deep down, I knew this wasn’t good news…

The x-ray showed an enlarged hearts, perhaps fluid around it. She said usually people find out about this condition when the cats drop dead… Little Yellow will probably die from this…

She told me that Dr. Chaplin, who was tied up in surgery, had been studying up on cardiac disease in cats. They now had the ability to do an ultrasound – a cost of $300. It would tell more details.

This was so unlike when my beloved Tubby was diagnosed with FIP. He was so weak he couldn’t even jump on to a sofa. Little Yellow is not weak, but he is not running and playing the way he used too. He can hold his own in defending his territory, and is quite pushy and domineering.

At $300, Little Yellow gets the ultrasound. We sit here in the vet’s office and hope that it’s fluid around the heart and drugs can alleviate it. We begin our kitty prayers for a speedy recovery.

As we begin our journey with Feline Hypertrophy Cardiomyopathy, Paws for Reflection will be sharing much more on this disease, as well as photos from Little Yellow’s x-ray and ultrasound.

Do you have any experience, first hand, or know someone that has dealt with the heartbreak of Feline Hypertrophy Cardiomyopathy? If so, please share your stories.