Home Cats If your cat could become an Olympian, what sport would he pursue? 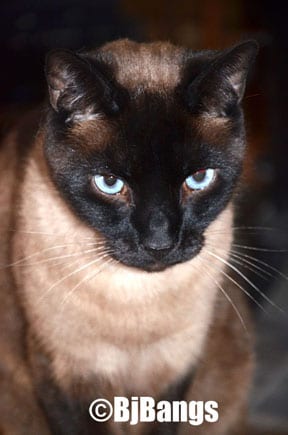 If your cat could become an Olympian, what sport would he pursue?

As the Sochi Winter Olympics 2014 draws to a close today, Paws pondered that question.

At a year and a half years old, Lenny is full of vim and vinegar.

He loves to stop from a dead run and skate across the floor. There’s no doubt, speed skating would be a perfect fit.

Clyde, is a tuxedo scardey cat. He loves to hide in high places, especially the tall curio in the living room. He has no problem jumping down those six feet. Because he doesn’t seem to be afraid of heights, we’d enter him in ski jumping.

My Pink Collar is no tiny gal, and she is a master at guarding her food. We’d make her a goalie on the women’s hockey team.

Little Yellow, also Paws, still plays and has his fun, but he likes to direct the rest. He’s a good leader, and we’d put him on the men’s bobsled team, maybe with the other kitties as his team.

As for Linus, he’s full of charm and wit. We’d even call him a bit stylist. No sport seems to fit. But we’ll bet he could hold his own with Johnny Weir and Tara Lipinski, who did commentary for NBC for the Shochi Winter Olympics. We hard that The duo are leaving they’ll be heading to Los Angeles, where they’ll critique fashion at the Oscars for Access Hollywood. If Linus can’t stack up with them, perhaps he could fill in for NBC Sports Commentator Bob Costas. Linus’ only red eye is when the camera gets him dead on.

It’s only two years before the summer games will be here. Track and field, some of the short sprints – can’t you just see you favorite feline sprinting to the finish line.

If your cat could be an Olympian, what sport do you think he would excel at? Please weigh in on this discussion for some fun.