Home Cats Cat Shows Why be a cat show judge?…Cats keep us sane and centered 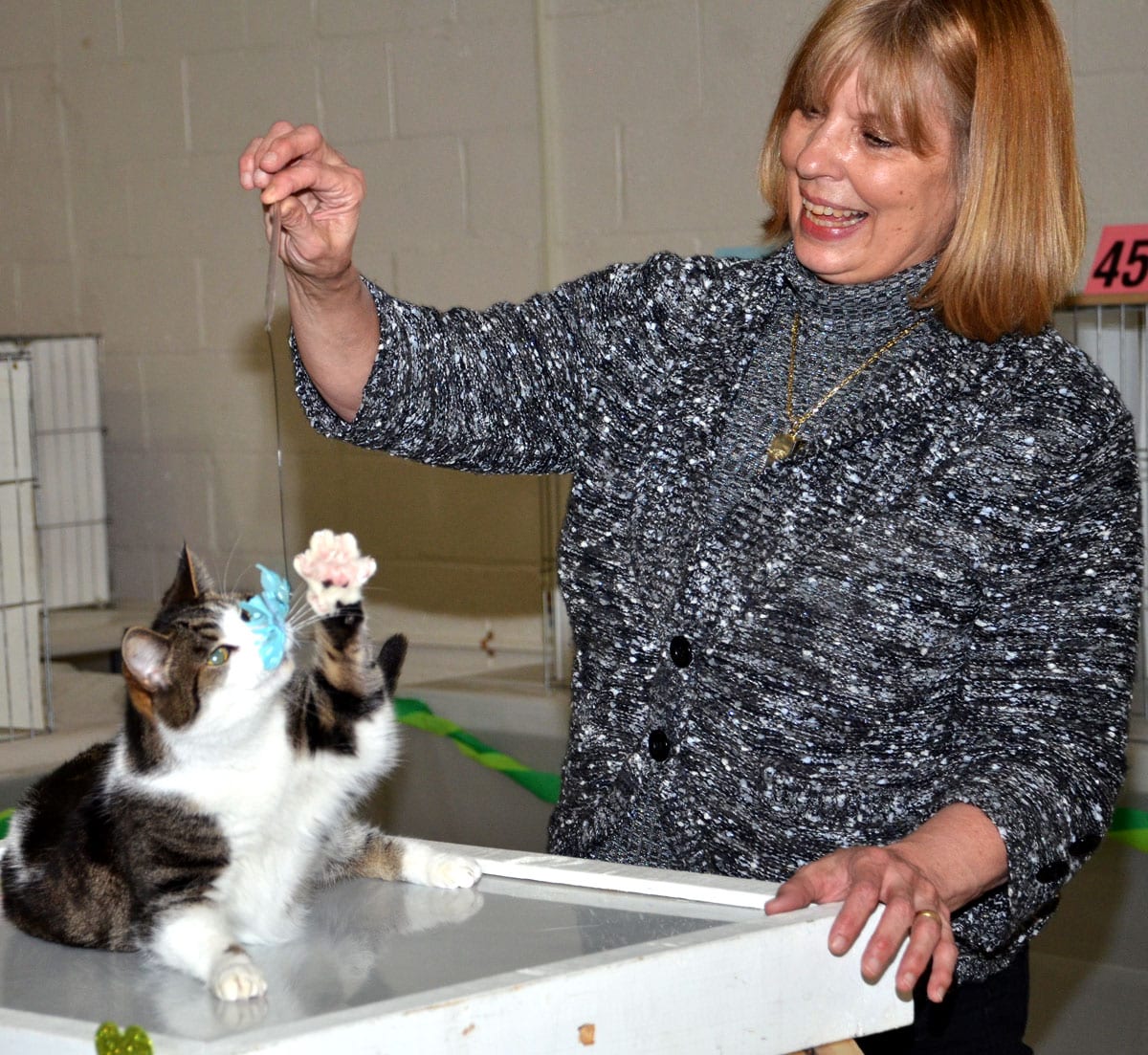 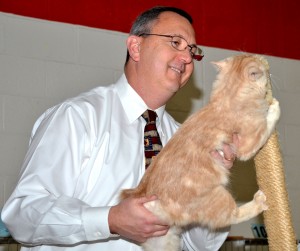 Why be a cat show judge? Paws asked Judges Mark Coleman of Delaware and Pamela Barrett of Oregon, that very question at The International Cat Shows (TICA) NauTICAts show in Augusta, Maine.

Both love cats, but there’s a lot more to their stories.

Coleman and Barrett both claim it is a way to stay ‘sane’ and center their lives away from the chaos of the traditional work world.

They also share ‘fun’ and ‘interesting tidbits’ to show spectators, many who may never have visited a cat show before, and have no idea what to expect.

Engaging the audience makes it more interesting for the spectators, he said, looking over at Barrett, who was judging in the next ring. She does 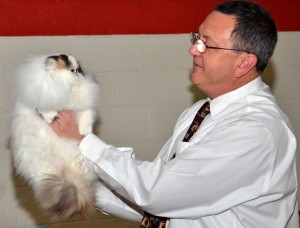 the same thing, he said. They’ve both been to a lot of shows, and over the years, they’ve incorporated a style to engage their audience. Barrett asks those gathered around her ring to vote who they’d choose as the ‘best cat’.

While they both go through the exactness of looking at the cats eyes, head, body build, agility, they make the show entertaining, for the spectators and the cats. Most of them seem to be enjoying the audience’s amazement at their stunning beauty and versatility.

Paws’ mom learned lots at the cat show. We’ll be sharing 10 things she leaned about cats in our next post.

Why would Coleman and Barrett find cats, a centering force, in the chaotic universe called life.

Coleman, a professional engineer by trade, who works to ensure nuclear power plants are safe and reliable, conducts a lot of corporate training sessions, traveling worldwide. People come into sessions more interested in their own agenda (phone, texting, email, etc.) than necessarily what he has to share, and admittedly it’s pretty complex stuff. The cat world gives him an out. Rather than taking the stress of the job home, he switches gears into the cat world. He’s been doing this for over 30 years, and just loves it. Cats are pretty special creatures, he says. They are funny, entertaining, and very cool. 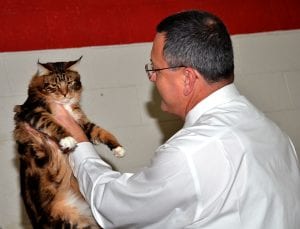 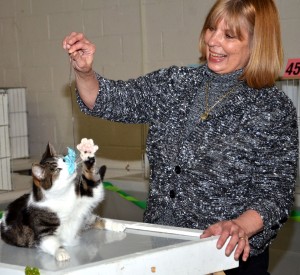 When Pamela Barrett lived in Alaska she worked in ‘law enforcement’. Though more of a regulator and investigator than an on-the-street, ‘it was a seamy world’. The cat world brought balance so she didn’t get dragged into the dredges of that work. You can really get entangled in the ugliness of it all, she said. That, plus being a bit isolated in Alaska, she turned to cats as a place to turn to get away. Now, she is an Approved All Breed judge who has served on the TICA Board. She says, thanks to her husband, she can travel worldwide and judge at cat shows. That she does, going from Australia, Russia, all over Europe and coast to coast in the United States.

She’s been involved with cats for 36-plus years, judging cat shows and showing her British shorthairs. She also is well known as Show Manager for 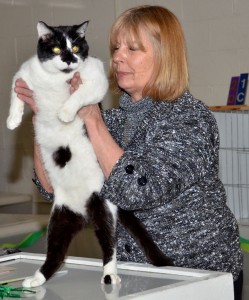 the Portland International Cat Show + food drive for the Oregon Food Bank (OFB), hosted by TNCC, The New Culture Club.
An International Award Winning Breeder of British Shorthair Cats, under the cattery name of ‘Excalibur’ from 1976-2010. She also served as the Chairperson for the British Breed Group, Barrett was responsible for getting the British Longhair and Color-point British accepted for Championship status within TICA. She served 2 terms as a Regional Director/Board Member for TICA.

Coleman, who has been a TICA judge since 1984, is an Allbreed, Teaching and Training judge. He turned the ring into a place where he can teach, and teach he can.

He has raised and shown several breeds including Maine Coon, Persian, Somali, British Shorthair, Siamese and Oriental Shorthair under the Tails End cattery. He shares that knowledge in a lighthearted, upbeat fashion.

Currently, he and his wife Julie are raising award winning Bengals under the Bejuled Bengals cattery name and live in Wilmington, Delaware. He was on the TICA Board of Directors as the Northeast Regional Director from 1984-1986.