Savannah cats may look exotic, but after almost 2 decades since the first Savannah was bred from a domestic cat and an African Serval, the cat has become a favorite domestic because of its unusual look and affectionate, outgoing personality.

Mary Goehring, of Connecticut, said her Savannah cat, Serengeti, is just the best.

Savannah cats continue to be controversial because they were originally a cross-breed with a wild cat. Some still consider the Savannah and the Bengal to be classified as wild cats.

Goehring says this is no wild cat. He snuggles underneath the blankets, every night. That’s not wild. He’s a snugly

She says that with a bit of passion, especially since last year, the police came into the Providence, RI cat show and wanted to ‘raid the wild cats’. They were packed with guns. They meant businesses.

She escaped safely with her Savannah, but the wounds are only days old. ‘It was horrible, something I’ll never forget’. I’ll

never go to a show in Rhode Island ever again.’

There was some conversation they would euthanize the cats. But they were definitely going to confiscate them. And then what, she asked.

Indeed, the Savannah cat does have an exotic look with their tall lean graceful bodies, striking dark spots and other dark markings. Their large, tall ears are set right on top of the head, and their hooded eyes are flat across the top, giving them an exotic look, unlike any other breed of cat. The Savannah has a long neck and short thick tail. The body and legs are very long, creating the image of being very large. But in reality Savannahs are about the size of a large domestic cat and weigh less than another cat of a similar size.

Paws had heard lots, but ever seen a Savannah cat before, and was surprised at its size. The cat was the size of any domestic cat. Paws expected it to be at least half the size of a German Shepherd or Labrador Retriever. Despite its relatively small size, the cat was incredibly striking. No wonder people want these cats!

Savannah cats aren’t for everyone. They are very curious and assertive, seeking out adventure at every opportunity. It is known as a very active cat, that needs a great deal of interaction on a daily basis. Goehring showed a video of Serengeti jumping almost 4 feet off the ground.

The breed is known to be a very loyal cat who will bond strongly with its humans or a companion cat. But it’s not a lap cat or a docile pet that wants to lounge around for hours on end.

They, like many other cats, will greet family members at their door, and follow them around the house giving them frequent head buts. They love to play in water, a bit unusual for a cat. And they can easily be trained to walk on a leash with a harness. Like a dog, they love to play games like fetch.

The first known Savannah was born on April 7, 1986 after a female domestic cat gave birth to a kitten sired by an African Serval. The F1 First generation hybrid cross was the first on record. This unusual female kitten had both domestic and Serval like traits. Both the kitten and the new breed were named Savannah. Patrick Kelly heard about Savannah and decided he wanted to try to develop a new breed. He persuaded breeder, Joyce Sroufe to join in on his efforts. Together they wrote the original TICA (The International Cat Association) standard, and TICA accepted the Savannah for registration in 2001, and accepted for Championship status in 2012, only 2 years ago.

That’s a lot of years of developing the breed. There’s no doubt the first Savannah might have been more wild than not, but some 28 years later, the domestic traits have most likely taken over. 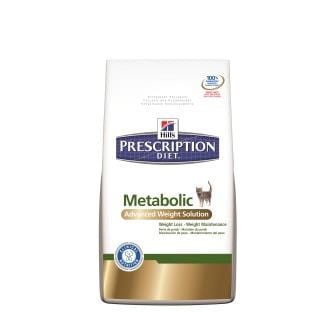 As Part of Blog Paws 360 Pet Blogger Network, Paws is being compensated to write a series of posts about Hill’s® Prescription Diet® Metabolic Advanced Weight Solution. The food is formulated to help you help your pet get healthy. Hill’s stands behind it so much that they want to help you with your Veterinarian access to a rebate program worth up to $50 previously.

Hill’s knows that it is often difficult to help your pet lose those extra pounds. The food is formulated to help you help your pet get healthy. Hill’s stands behind it so much that they want to help you with your Veterinary Bill and give you a coupon in order to get started. To cover the vet’s visit, Hill’s is offering a $25 rebate on the vet visit AND a $25 rebate on the prescription food. To enter, fill form to fill out to take advantage of Hill’s offer: Hill’s Rebate and Coupon.

Have you ever owned a Savannah cat? Have you ever thought about adopting one? What do you think about the controversy over Savannah cats being wild, exotic cats? Please weigh in with your thoughts.