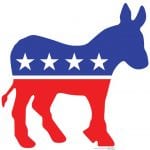 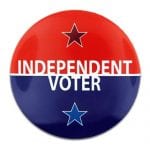 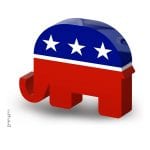 Hillary Clinton and Bernie Sanders. You’ve got some newfound cat competitors, the PolitiCATS. With teeth bared and claws out, they are throwing their paws into the ring, bringing Meow Power in ernst to the Presidential catfight that’s only beginning to heat up.

With the #Iowa Caucus set for Monday, Feb. 1, and the #New Hampshire Primary right behind, (Tuesday, Feb. 9) this round of catfights is bound to take center stage over any debate, making Trump’s comments against women seem angst, and test the Clinton’s honesty when it comes to cutting through the cat chase.

These PolitiCATS are going full tail-speed ahead, creating a flurry of flying fur, in this already crowded race. And they are putting on their most pleasing purr to raise the money needed for sustainability till the end when we get another first – the first Cat President of the United States of America.

Like Republican Presidential hopefuls Donald Trump and Ted Cruz, the RepubliCATS aren’t afraid to throw a hard paw and bare their teeth with a vicious growl. They walk straight up, tales in the air, and stare you straight in the eye. This is no cat walk for them. They’re in it, not to win one catfight, but to win them all, go the distance, and have a cat in the oval office.

If they back down on their stance, they’ll drop down in the pecking order, and that would make their cat life most unbearable, because they want to be the Top Esteemed Cat, not next in line, devastating their PolitiCAT ambitions.

These felines have reason to be hopeful. Cats have taken over the Internet. Could that newfound popularity catapult them to victory in November?

They are all paws up for cat equality, except when it comes to them. Each one believes they only must remain on top, no matter what. Even though they are PolitiCATS, they don’t all think alike, and there are many divides amongst them, so many that they have split into Cat Parties: the RepubliCATS, DemoCATS, IndepeCATS and Green CATS.

For a cats’ eye view of their platforms and how they plan to wiggle their way into the hearts of the American voters, Paws for Reflection had some real cat luck come our way, as we interviewed some of the new found cat contenders for the highest office in the land.

RepubliCAT hopeful Little Yellow, who is not so little anymore, comes from a business background. He is Chief Cat at Paws for Reflection, and he is all about maintaining status and getting ahead in the cat pecking order here at home and overseas. He says, ‘We must fight on and defend our borders no matter what the cost’.

‘Cat power rules when it comes to keeping us safe, and we’ll align ourselves with our MEOWing partners, worldwide, to make that happen.’

Little Yellow didn’t grow up as Paws in Chief, he’s a self-made cat, . He and his brothers were thrown out of the warm comforts of home, leaving them to fend for themselves in a barn. A kind human came to their rescue, and introduced them to forever homes. It’s a lesson he’ll never forget.

‘If you have the means and the money, this kind of thing would never happen.’

On the other paw, the DemoCATS believe in much the same, but have a very different feline view on how to get there.

They believe in equality for all cats, no matter what their breed, color, or economic status.

Like Little Yellow, she’s all for the comforts of life, and her girth shows her loves of finer foods. But despite being a bit portly, she’s tough, and doesn’t back down even when the boys all decide to challenge her all at once.

Her toughness comes from being abandoned at a young age, with her and her siblings, being relinquished to a shelter. While her sisters were adopted, she was left behind, lonely and frightened, till one day, a human just couldn’t resist adopting her.

‘Cats need help.’ There is so much hatred, abuse and misconceptions about us, so much so, that we have no choice but to throw our paws into the political fray. Humans can’t continue to throw us out of their homes like we’re garbage. We’re their feline family, and they need to treat us right. If nothing more, our catfights will elevate the status of cats in this country and around the world.’

IndepeCATS are all for Cats Rights and MEOW Power. They’ll fight tougher than the RepuliCATS because they have their alley cat background hardwired in their genes. They are a bit Catpassionate, wanting to elevate the feline status, similar to the DemoCATS.

IndepeCAT Lenny knows that all too well. His parents were ferals, and he was born outside in a brush pile. A human, who had befriended his parents, rescued him. He became a favorite with Paws, who every week went cross street to photograph her, who turned out to be, a him. The result, he joined the Paws household as the latest, and youngest member of the feline family.

Lenny wants to do things his way. He’s exuberates the confidence and stubbornness that only an independent thinking cat can have. Sometimes he backs himself into a corner, and has to fight his way out.

Green CAT Siamese Linus is all for clean and green

The Green CATS are all for green: green grass, pristine water, clean air, and a safe food supply.

They believe the Food and Drug Administration should carry a tough claw when it comes to regulating imported pet food that’s contaminated. They like the outside, and want a clean environment to stick their paws on.

Green CAT Siamese Linus is a stellar cat. He could be a celebrity or star cat when it comes to his looks. He walks confident, testing the waters as he puts each paw ahead.

It hasn’t always been that way. He and his twin brother Tubby were abandoned by a college student who left them behind with a bag of food and the toilet bowl cover up. They went from a life full of love to one with no one. They were scared and lonely, till the landlord found them, and took them to the shelter. It was there that the Paws family fell for his looks, and just had to take him, or rather both of them, home.

This experience has left a paw print on Linus’ heart, and he doesn’t ever want to be stuck with dirty surroundings of that apartment. He’s all for clean and green, and this is why:

‘While I’m all for drug and crime control, let’s keep catnip legal, at least for us MEOWS. And really, what’s so wrong with a cat fight or two.’

With the Presidential Race upfront and center these next 2 weeks, and longer, Paws decided to insert some political satire into our blog.

We do like the PolitiCATS honesty and integrity coming to the Presidential cat fight, and chasing some cat style honesty down to the end of the tail. If cats can take over the Internet, why not the Presidential race?

While this blog post is satirical, it also is serious, because the cat problems cited here are real, and need to be addressed.

Which PolitiCAT would you vote for? Would you favor equality for all cats? Weigh in and join this fun discussion.