This is far from the first time, we’ve seen cats enter the Presidential Race. Morris the Cat, America’s most famous cat of the time, put on quite a campaign in 1972. Though he didn’t win, he placed cats on the podium.  Four years ago, cats took the political arena by storm, and Paws for Reflection wrote about the relatively famous contenders in Cats taking political arena by storm – from Stubbs the Mayor, Hank for Senate, to Keyboard Cat for President.

Do you have a cat you’d like to see sitting in the Oval Office. Leave your comments on this fun discussion, and let’s see if we can get some Cat Power and Meow Power into the race.

Cats have been part of the political scene for years, with Morris throwing his paws in back in the 60’s. Four years, ago cats go involved, as well, and Paws for Reflection wrote about that in Cats Take the Political Arena by Storm.

Thanks to Cat On My Head for sponsoring this Sunday Selfie Blog Hop. 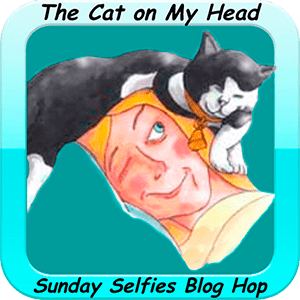