Admittedly, most research has centered on dogs, but there’s no reason other pets, including cats, would not be great companions because the unconditional love factor is huge when it comes to anxiety, depression, and loneliness.

Paws addressed this subject in an article written for a national pet magazine, and we wanted to revisit the subject because it is an important topic, one that impacts the millions dealing with PTSD.

We had first-hand experience with cats helping a dear friend with PTSD, and that’s what lead us to doing the research for the article. It wasn’t all that easy to find anything about cats helping people with PTSD.

This subject is particularly timely With the release of the movie Megan Leavey (Kate Mara) featuring the bond between Marine Marine Cpl. Megan Leavey (Kate Mara) with a particularly aggressive dog, Rex. She trains him, and they complete more than 100 missions. An IED explosion injures them and puts their fate in jeopardy.This blog post is for informational and educational purposes, and is not designed to replace medical advise offered by your physician.

Our research took us to Cheryl A Krause-Parello, associate professor and director, C-P.A.W.W. (Canines Providing Assistance to Wounded  Warriors) at the University of Colorado, Denver, saying while there are numerous studies correlating the benefits of pets to people with PTSD, there is insufficient funding to sponsor well-designed clinically controlled trials needed to provide the hard-core medical scientific evidence to prove it.

She suggested we speak with Nora Mund, a Marine injured while serving in Afghanistan, then working as a research assistant at C.P.A.W.W. as she was one of the hands-on person doing the research. Mund told us that dogs, with their keen sense of smell, are helpful to people with PTSD, because they can be trained much more quickly. They can be trained to tune into when someone is going to have nightmares or a flashback.

Benefits of pets to people with PTSD

Other benefits of pets to people with PTSD include:

The numbers of those with PTSD are staggering with some saying it’s almost an epidemic.

While depression, anxiety, and isolation are symptoms of PTSD, there can be flashbacks, nightmares, fear, guilt, shame, always being on edge and alert for danger, and difficulty concentrating or sleeping. Suicide, family abuse, unemployment, broken relationships, addiction and depression can ensue.

But can pets, including cats, help people with PTSD? Mike believes his Spike is a centering force in his life, and no matter what, is there for him. While there is insufficient research to show that pets are effective therapy for PTSD, pets can be helpful in many ways, and many say that pets help with PTSD symptoms. What we don’t yet know is if animal therapy can make PTSD go away.

Living with PTSD, Mike’s best friends can become his worst enemies on a flip of a dime. Would a cat be good for him? He adopted the cat some 10-years-ago. From the moment they met, he and the big black cat, Spike, became best buddies, giving Mike a purpose in life and a daily routine. Every morning at 4 am, he gets up, maneuvers his wheelchair to the kitchen, and gives Spike breakfast. Then, he and Spike go back to bed to nap a few more hours.

At 55, Mike had a second stroke, leaving him unable to walk or use his right hand. Spike knows this and never tries to get into Mike’s lap. He knows that his human friend needs his space as well as his unconditional loving companionship.

The mirror effect of cats

The mirror effect could be a major factor in this connection For over 20 years, there have been indicators proving that mirror neurons in our brains fire back, or mirror, what we are experiencing and watching at that moment. If you smile or laugh when looking at a cute kitty face, that smile ignites a sense of happiness throughout your whole body. A series of chemical and physical changes that occur with positive pet interactions including the release of a number of feel good hormones, including serotonin, prolactin and oxytocin.

There’s a whole host of different Animal Therapies from specifically trained psychiatric dog to service animals, therapy pets, and companion animals, all of which can play into helping those with PTSD symptoms.

We also talked with Animal trainer, Clarissa Black who founded Pets for Vets in California some seven years ago after making therapy visits with her dog to a VA Hospital. She started the program after seeing how the veterans’ faces lit up when she brought the dog in for a visit. Pets for Vets, is in over 19 states and the District of Columbia. It is all about matching the veteran with the right pet, whether it be a cat, dog, bird, or something more exotic.

Someone might think they want a certain breed because they are cute or cuddly, only to find, they don’t fit their lifestyle at all. Trained volunteers profile what’s best pet personality for the vet, and then work with shelters to find the right fit. It’s matchmaking at its best.

Aqua Cat Water Fountain is one of the best 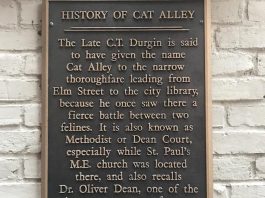 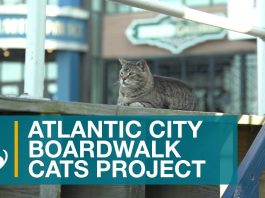