Cats are good for us – for our mental and physical health. Research is increasingly documenting the positive effects cats, dogs, and other companion animals have on their owners, and society in general. 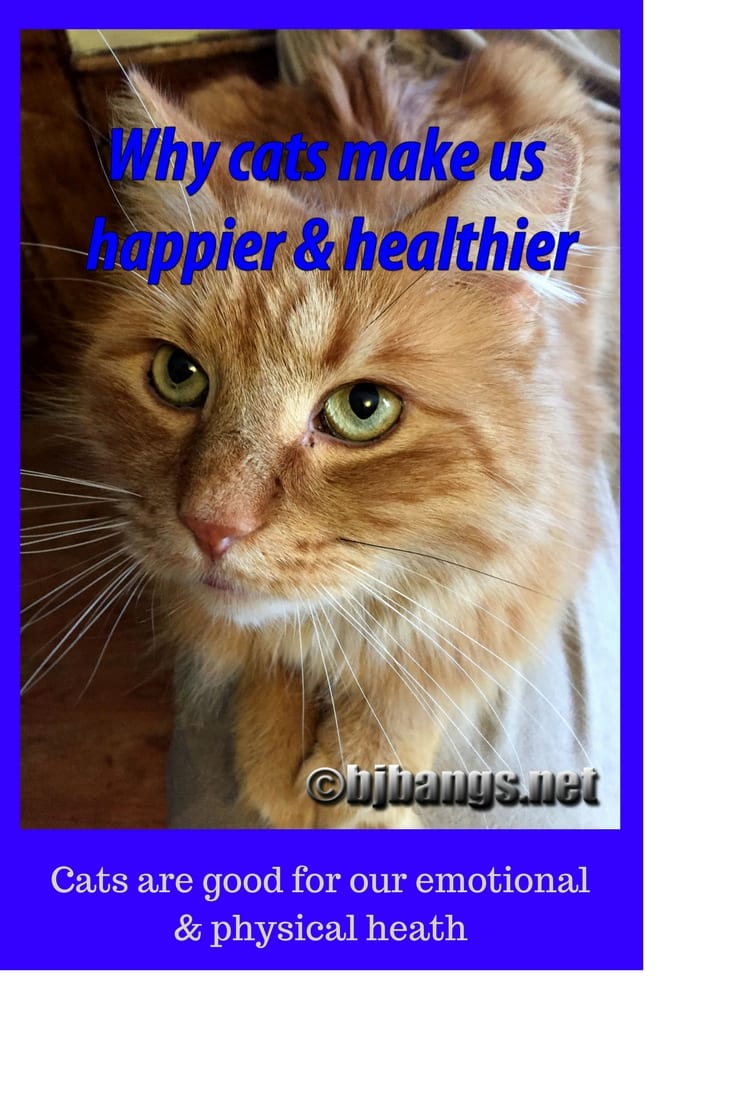 The stories told through numerous books about how rescued cats really rescued their humans are proving true, and online sources are becoming more than just an entertaining tale. As researchers would say, anecdotal evidence is now being backed up by science. Studies increasingly link the benefits of positive mental health with better physical being. As cats have a powerful impact on emotional health, it should be no surprise there’s increasing evidence, they are helpful to our physical well-being as well.

Cats are good for us – for our mental and physical health

The scope of the research, and its impact is astronomical. It looks at heart disease, high blood pressure, cholesterol, reduced incidence of stroke, and the ability to heal broken bones, torn tendons and sore muscles. If we include pet therapy, we also find cats and dogs visiting nursing homes have made people dealing with the ravages of Alzheimer’s speak for the first time in years. The Winn Feline Foundation is currently funding a study on the positive effects of cats on children with Autism.

Schizophrenia, drug addiction, depression, grief counseling, also join the list, say nothing about decreased isolation and loneliness. With the increasing number of cat cafes, across the nation and world, plus the numbers of libraries, book stores, college campuses and more that are incorporating cats into their hemisphere, cats are taking the role of helping people socialize with others they might not ever have conversed with.

There’s even evidence suggesting the Cat Craze on the Internet has positive emotional and physical health benefits. There’s nothing better to boost our feel-good endorphins than a good belly-laugh.

Over the course of the next few weeks and months, Paws is going to be looking into why cats are good for us. We are going to be sharing our insight into some classic books, like ‘Dewey, The Small-Town Library Cat Who Touched the World’, to’ A Street Cat named Bob’ to the novel, ‘The Dalai Lama’s Cat’,to the heartwarming true story, ‘Paw Prints in the Moonlight’, and more While these books may not be the best sellers for 2018, they all have a powerful message – one that says just how good cats are for us. They are ones we should take a few moments and read as they will make us appreciate the wondrous beauty of having a special emotional connection with our cats.

We can’t possibly cover all the research nor all the benefits of cat ownership in one blog posts. Today, we start with a recap, and we will cover them more in-depth over the next year.

Why cats are good for us?

Let’s start by addressing some of the positive effects cats can have on your physical health.

Emotional benefits of many cats and other companion animals are through the roof. Some of the keys to that emotional boost from cats are:

Cats are good for us, and here’s why they are sooo very good for our mental health. Emotional boosts from a cat includes, but may not be limited to:

Additionally, people grieving the loss of a love one have reportedly said talking to their pet helps work through their feelings, since it is often easier to talk to something that won’t respond and can’t judge than to another human being who will voice their opinions.

Still another study has found that children with autism were more likely to be less anxious and calm while petting a cat. Researchers from the University of Missouri found that the social interaction of children with autism dramatically improved when around pets. In the study, half the families that participated had cats, with parents reporting strong attachments forming between them and their kids.

Why do you think cats are good for us? For the Paws’ family, there’s nothing like snuggling up with a kitty or two on my lap. Then, there’s the occasion when my Siamese wants to snuggle in my arms under the covers. With my four felines, there’s no time to be lonely, and they sure have lead me to meet a lot of people who share my love for cats. Please weigh in and share your thoughts!

Will I meet my cats on the Rainbow Bridge?

A Street Cat Named Bob will live on